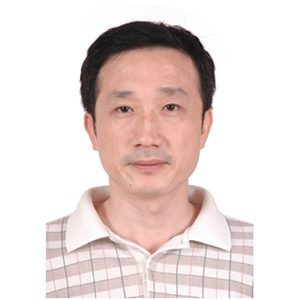 Director of Advanced Network Technology Laboratory of Shenzhen Graduate School, Deputy Director of Shenzhen Cloud Computing Key Laboratory. In 2009, he was selected as a “local leader” talent for high-level talents in Shenzhen. In September 1981, he was admitted to the School of Information, Tsinghua University. In 1986, he obtained his bachelor's and master's degrees from Tsinghua University in 1989. After graduation, he served as R&D engineer and project manager of China Software Technology Corporation of the Ministry of Electronics. During the period, he developed the first 10Mbit Ethernet card in China, the commercial POS system terminal of the Ministry of Commerce, the securities wireless market receiving and analysis system, air conditioner controller and remote control, etc.  From 1993 to 1996, he taught at Shenzhen University. In 1997, he went to the Department of Information Engineering of the Chinese University of Hong Kong to pursue a doctoral degree. He studied under IEEE Fellow, Li Shuoyan's lecture professor, and received a Ph.D. in Information Engineering from the Chinese University of Hong Kong in 2000. The doctoral dissertation "On the Complexity of Concentrators and Multi-stage Interconnection Networks in Switching Systems" was nominated for the 2000 Best Engineering PhD thesis of the Chinese University of Hong Kong. After graduating from the Ph.D., he was appointed as the head of integrated circuit design, senior designer and leadership team of TeraPower Limited (HongKong) in the United States, and completed the design of a million-level tera-scale switch chip in the TSMC 0.25-micron process. success. Has long been engaged in the research, development and teaching of computer, communication and control systems. In the past five years, he has published 70 papers in core journals and conferences at home and abroad, including 45 papers in EI, 3 monographs in cooperation, and 25 invention patents, including 2 US patents, 8 international PCT patents, 21 Chinese invention patents and authorized 8 patents.